Essential things to consider when making the shift to a homesteading lifestyle, with Natalie Bogwalker of Wild Abundance 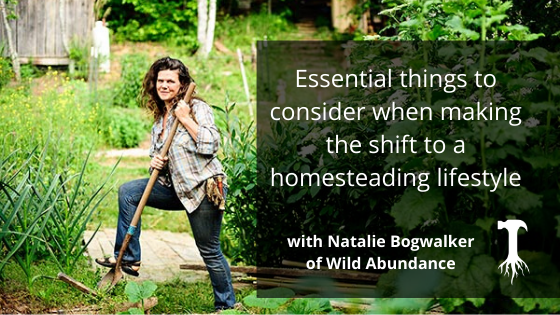 In the past I’ve done a lot of episodes focusing on specific skills and enterprises that people integrate into a regenerative lifestyle, but in this series I’m going to be speaking with people who’ve put a bunch of those pieces together into a lifestyle centered on positive interactions with nature and a move towards self sustainability.

Homesteading is a general term that originally comes from the homesteading acts in the United States which were a series of laws enacted between 1862 up until the 1930s which allowed an applicant to acquire ownership of government land or otherwise public land for free or very cheap if they lived on and farmed that land for a set period of time. Canada and Australia also had similar policies in their past to promote expansion and settlement of their large countries when they were newly colonized. These days, since the acts have long since expired, homesteading has come to mean a lifestyle of self sufficiency and is more characterized by subsistence farming, back-to-the-land movements and small scale home economics. Different areas around the world have different names for this concept, for example a smallholding or a croft in the UK are fairly synonymous with a homestead.

Given the rise in popularity of homesteading and people wanting to reconnect with nature and learn to work more intimately with the land to produce their needs and livelihood, I wanted to create a series that helps people who are aspiring to this kind of lifestyle prepare themselves for the dramatic changes and the many wonderful options available to them. Homesteading isn’t just one thing. Far from it in fact. The people interviewed in this series will explain how they made the transition from a more conventional and dependent life, to one of more autonomy. They’ll explain the struggles, lessons, victories and failures that got them to where they are and what advice they would give to others starting out. So especially for those of you who dream of making a big lifestyle change, this series is for you.

Now let’s jump into the first interview in this series. Many of the people I know who’ve made a big change in their life towards self sufficient living in nature were inspired to do so after a major wake-up call event, and Natalie Bogwalker was no different. After a serious bike accident caused her to re-evaluate her life choices she decided to go “all-in” and went to live primitively in the woods at the Wild Roots community in North Carolina. After years of immersion and learning in that lifestyle, she became motivated to share her knowledge with more people and create a larger community movement.

In this interview Natalie talks about her journey of making such a drastic change early on in her life, what she learned from the experience and how it has informed the way she lives and teaches on her homestead now. She breaks down a lot of the routines and time investments on the different operations of her place and how the dynamics of having different operations like the classes and workshops, apprenticeship programs and other community connections affect everyday life. Some of my favorite moments are from Natalie’s observations from experience living very primitively to the more modern and connected way she lives now and her recommendations for people weighing their options and considering a move to one of these lifestyles. She also gives great practical information on wild plant resources as food and medicine and much more. Like every interview in this series, Natalie’s setup and lifestyle represent a few of the millions of options out there for how to plan, build, and run a homestead and it’s meant to give you ideas and pragmatic insights from people who are doing and living this every day 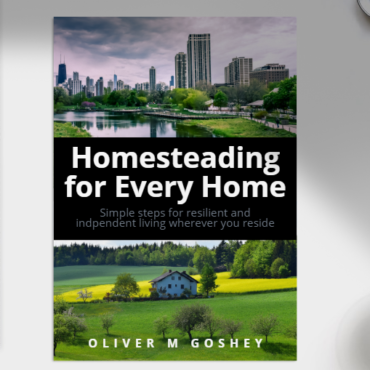 A guide to resilient living wherever you are 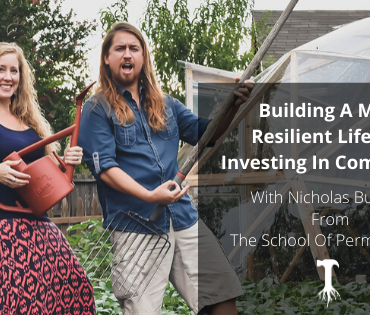 Building a more resilient life and investing in community, with Nicholas Burtner from The School of Permaculture