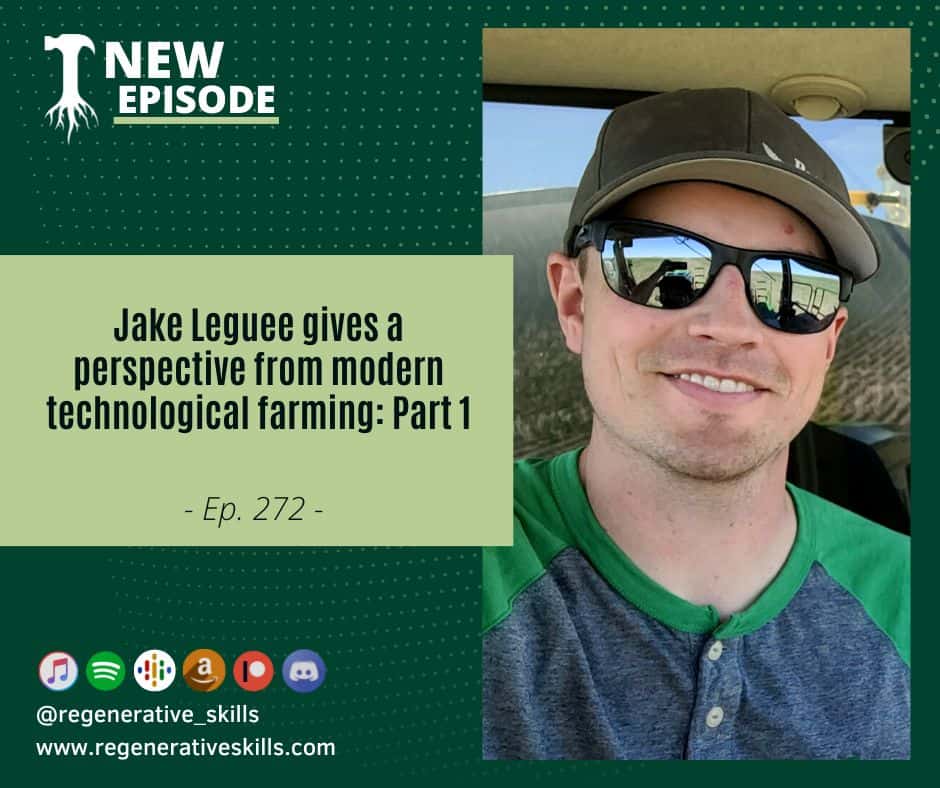 Today I’ll begin the first in a two part interview that I’ve been looking forward to doing for a long time, but let me give you some background context before we get started. It’s no secret that I’m a major proponent of regenerative agriculture and many of the different methodologies, practices, and concepts that this wide label contains. I believe strongly that our generation has an opportunity and an obligation to reconcile our food production system with the natural world that we depend on and to use our knowledge, wisdom, and access to resources to regenerate the health of the Earth’s biomes as a primary function through which we produce value for our own species in the form of food, fiber, fuel, and medicine.
With that said, I’ve long been observing an ugly manifestation of this advocacy creep into the online and media discourse around regenerative agriculture. As we hold up examples of success stories and best practices, many of these discussions are also propped up on derogatory mentions of conventional or industrial farmers and farming practices. Some of these even expand into contests of who is more regenerative or who is doing better for the climate. I am certain that insults, negative assumptions, and general dismissal of the people and practices in this sector does nothing to bring their voices to the table, and often serves to further separate our ideals in the regenerative ag movement from the people who we should be working hardest to welcome.

For this reason I’ve been speaking with conventional and industrial farmers for some time, not only to better understand the industry and the management practices they use, but also to understand the people who manage these farms, the decisions and challenges they face, and both the differences and commonalities they have with the regenerative farmers I speak to more regularly.

In an effort to raise awareness of these issues and to introduce some perspective into the conversation that is going on now around the world about how we should produce food and manage the natural world that we’ve come to dominate, I reached out to a voice that I’ve been following for a number of months and that I believe represents very honestly the realities of modern industrial farming operations in North America. Jake Leguee is managing over 15,000 acres near Weyburn in southern Saskatchewan in Canada. He grows durum, wheat, canola, peas, lentils, and flax and farms with his family, including his wife and three young sons, and several other family members. Together they are a 3rd-generation farm that strives to continually improve – to leave things better than they found them. Jake is also involved in various places in the agriculture industry as well. As a farmer and an agronomist, agriculture, and the science and business therein, is his fascination and passion.

My intention with this interview needs a little explanation. I’ve been reading Jake’s blog on thelifeofafarmer.com since the beginning of the year. There are few other places on the web where I’ve found confident and first hand defenses of many of the pariahs of regenerative and organic agriculture such as the use of chemical fertilizers and pesticides, GMOs and the massive increase in the average size of farms, yet Jake manages to do so in an articulate and compassionate way.
I need to also mention that I do not agree with or defend the positions that Jake promotes in this talk, but that’s not at all the point. If you’ve been listening to this show for any length of time, you’re already well aware of my beliefs and opinions. The guests that I’ve interviewed over the last 6 years have done a much better job than I could at explaining them as well. My hope here is rather to reconnect those of us who are so susceptible to getting lost in an echo chamber of agreement with the humanity and core motivations that we share with the very people we often think we oppose. The biggest takeaway from this conversation for me was just how similar Jake’s vision for the future and prosperity of his farm and business are to my own, and to those of the most prominent voices in the regen ag movement. All too often I hear us attempting to use the concept of long term planning, environmental consideration, and leaving the land better for the next generation as proprietary ideals, when really these motivations are what we most have in common. The logical conclusions we reach and the actions we take on the land may look very different, but I believe we’re all doing our best with the information and resources we have at any given time. For me this interview served as an important reminder that if I had been raised in Jake’s family, in the time and conditions that he’s grown up in, I most likely would see the world and make decisions as he does. I also believe that there is an undeniable logic that accompanies Jake’s world view and understanding of the story of his farm and community as well as the trajectory that it’s on. I would encourage you as a listener to put yourself in his shoes and consider the pressures and responsibilities he faces, which are so common, not only in the farming industry, but in almost every industrial sector. I would challenge you listeners to be aware of your reactions and impulses as we discuss topics that pique at your sensibilities. Do your reactions come from a theory that things should be different, or from a deeper experience from making land management and business decisions? Are you prompted to correct Jake, or me for that matter, or enthusiastic to introduce alternatives and possibilities? How might you navigate a discussion like this yourself in your own life or in your line of work?
This interview was admittedly challenging for me. Not because it was hard to speak to Jake, quite the opposite in fact, but because I wanted to ask questions that didn’t lead into my own forgone conclusions or to jump in and express the way that I see the challenges in the food system and the industrial model of farming. For me it was a reminder of how important it is to just listen and allow space for others, especially those who often feel that we are not listening to them, to be heard. Admittedly there are a lot of things that I’d still like to do better after listening back to the conversation in the editing process, but I believe Jake did a fantastic job of articulating the way he sees the current difficulties and challenges in his line of work and the political system in Canada despite my learning curve as an interviewer. 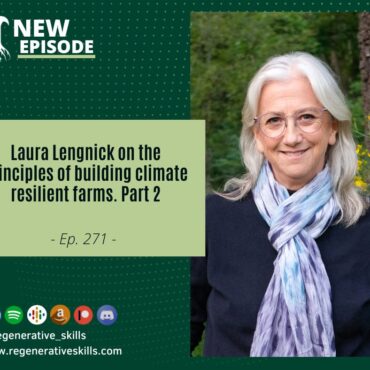 This week I’ll be presenting the second in a two part series exploring the topic of building true resilience in agriculture. Resilience is often thought of as the ability to […]