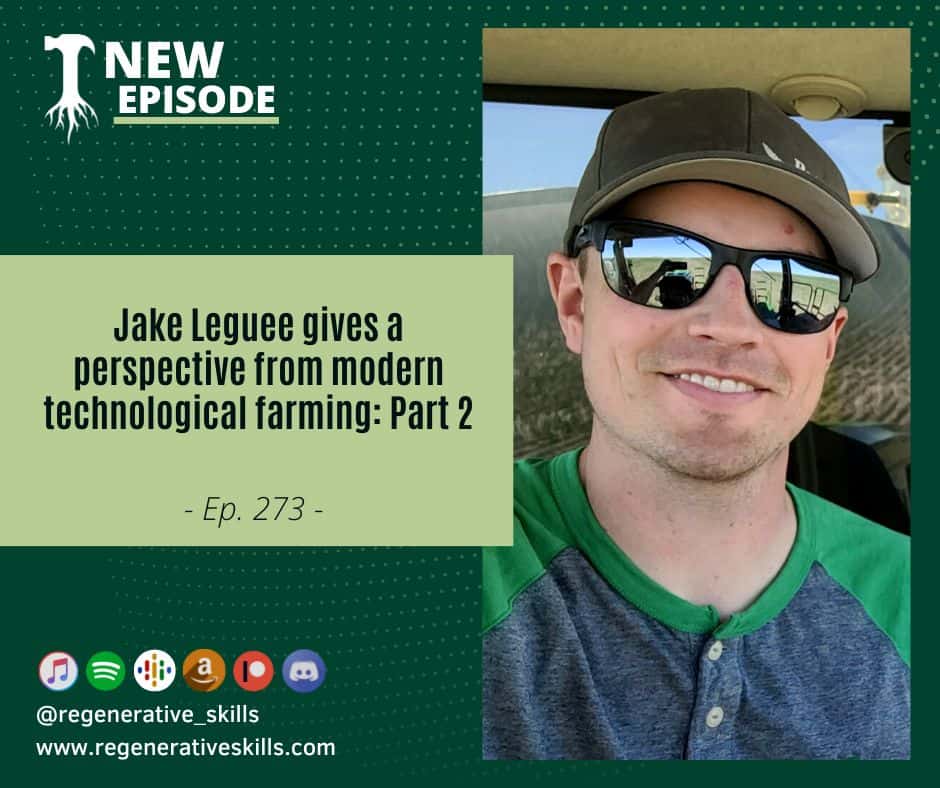 Today we’ll be wrapping up the second in a two part interview that I’ve been looking forward to doing for a long time. If you missed the first part of the interview then I really recommend that you go back and listen to it before this second half to get the proper context.

As a quick recap, I’ve been speaking with conventional and industrial farmers for some time, not only to better understand the industry and the management practices they use, but also to understand the people who manage these farms, the decisions and challenges they face, and both the differences and commonalities they have with the regenerative farmers I speak to more regularly.

In an effort to raise awareness of these issues and to introduce some perspective into the conversation that is going on now around the world about how we should produce food and manage the natural world that we’ve come to dominate, I reached out to a voice that I’ve been following for a number of months and that I believe represents very honestly the realities of modern industrial farming operations in North America. Jake Leguee is managing over 15,000 acres near Weyburn in southern Saskatchewan in Canada.

He grows durum, wheat, canola, peas, lentils, and flax and farms with his family, including his wife and three young sons, and several other family members. Together they are a 3rd-generation farm that strives to continually improve – to leave things better than they found them. Jake is also involved in various places in the agriculture industry as well. As a farmer and an agronomist, agriculture, and the science and business therein, is his fascination and passion.

In the first half of the interview we covered Jake’s family’s history into farming and how has overseen some major transformations in how the land and business are managed since taking over the farm business. We also unpacked some of the points of friction that farmers like Jake have experienced when dealing with legislators and regulators in Canada, as well as how this is often representative of many other countries around the world. We wrapped up on a note about the importance of including farmers directly in discussion at the government level whenever decisions are being made that would affect their work and the farming sector in general.

In this second part we’ll be exploring further some of the misunderstandings that Jake has observed about how the general public understands modern farming, the pressures that farm owners like him are under, and even how these misunderstandings can be overcome. We also talk about some of the more controversial management practices that modern farmers engage in and why Jake defends the use of certain crop protection chemicals, GMO crops, and the use of synthetic fertilizers among other issues.

Just as a quick reminder, my aim in giving voice to these positions is not to advocate for or to defend them, but rather to share the perspective and reality of the farmers that those of us in the regenerative fields often villainize or try to distance ourselves from. I believe that it’s essential to understand their positions and look for common ground rather than trying to convince others of our way of seeing things. I believe Jake does an admirable job of bringing thoughtfulness and compassionate advocacy to his way of life and farming and I hope that this will open up a larger discussion of how we can better include and welcome conventional farmers into the regenerative transformation of the farm and food industries that many of us are hoping to advance. 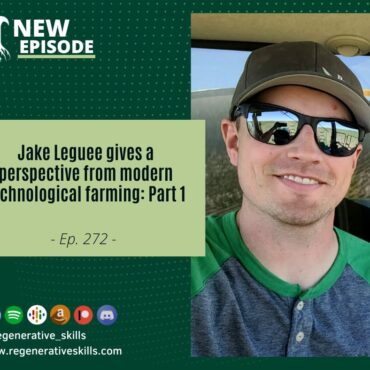 Today I’ll begin the first in a two part interview that I’ve been looking forward to doing for a long time, but let me give you some background context before […]