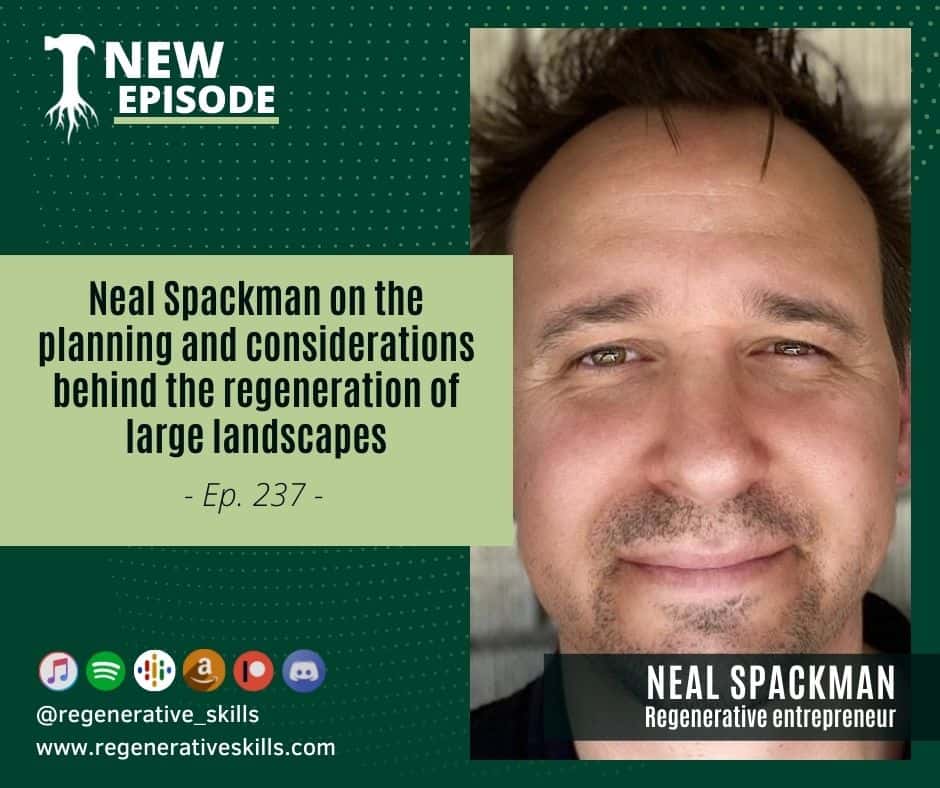 Welcome back. Today we’re going to continue with this focus on the design process of regenerative projects at various different scales. We’ve already covered small and residential scale projects with Rob Avis, homesteading projects aiming for self sufficiency with Drew Grim, farm scale and production focused projects with Darren Doherty, and today we’re going to cap it all off with an intimate look at the most ambitious large scale projects that aim to transform whole ecosystems while creating a profit for the local community and investors alike.

Naturally for this scale of work I reached out to Neal Spackman. If you’re not already familiar with Neal from the two previous interviews I did with him on this show, I can tell you that Neal is best known for his work on the Al Baydah project in Saudi Arabia, and as the co-founder of the Regenerative Resources. With the Al Baydah project he’d been working for nearly a decade in one of the most arid regions of the world in a severely desertified region of Saudi Arabia to regenerate the landscape there through permaculture methods focusing on water harvesting techniques. As a former student of Geoff Lawton, Neal began work on the project with no prior experience with either permaculture or dryland restoration, but in a remarkably short time he and his team have completely transformed the way the land both sequesters water and builds topsoil, and has even reached the point where the trees no longer need any water from drip irrigation in a desert that receives only a few centimeters of rainfall a year.

In this episode we’re going to take a look at the new projects that he and the team at Regenerative Resources are launching. Their ambitious goals of using some of the most degraded coastal land on the planet to restore mangrove ecosystems with the aim of establishing agroforestry systems and productive fisheries is now starting to take shape in a big way.

Neal and I start by talking about all the changes and challenges that he and the company have been going through as they’ve traversed the globe looking for project sites, connecting with communities, and researching the feasibility of their projects.

From there we talk about the key differences and considerations when designing projects at this massive scale and how they work to calculate the feasibility out into an uncertain future.

We also get into the inevitable finance aspect of large initiatives and the disconnect between the investors and companies that say they want to fund regenerative projects, and all of the projects that are struggling to find funding.

This conversation strays a lot more than the others in this series from mere design and ecological considerations, but is essential for anyone who has dreamed of creating a bigger impact with a regenerative land based project but can’t wrap their heads around the daunting task of finding the resources and support needed to get it off the ground. 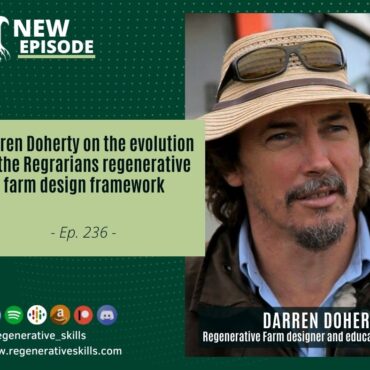